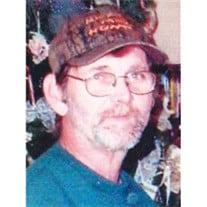 Gary Alan Wooster of Fort Valley, VA was born August 20, 1951. At the young age of 61 he passed away after dealing with a long illness and a short fight with cancer on May 21, 2013. A funeral service will be held at the Dellinger Funeral Home, Woodstock on Sunday, May 26, 2013, 2:00 pm. Burial will follow in the Isaiah- Clem Cemetery. Gary Wooster started Valley Garage Door Company in 1986 and in 2001 partnered with his wife Patricia. He was a proud member of the 553rd Military Police of Fort Campbell, Kentucky. The officiator of the funeral service is Lt. Col. (R) Carmen Bria, who was his Commanding Officer of the 553rd and Patricia’s brother. Gary is survived by his wife, Patricia and grandson Sean Kooi, whom they have raised; son, Gary Alan Wooster Jr. of Fort Valley, VA; Daughter Brooke Netherton and husband Aaron of Portsmouth, VA; Patricia’s children whom, he loved dearly: Tina Huhn of Strasburg, VA; Shannon Jamison of Olympia, WA; Amanda Norling and husband Imtiaz of Lacey, WA; Michael Kooi and wife Michele of Olympia, WA; Rick Kooi and wife Anna of WA; and 17 other grandchildren. Gary is also survived by his sister Dianne Maggard of Fort Valley, VA; sister Cheryl Buchner of Hiwassee, VA; his brother Lee’s widow, Mildred Wooster who has remained close for many years; and his close cousin Robert Mabis. Gary has many friends that will miss him dearly as well as many members of Patricia’s family that he loved and trusted. He was preceded in death by his father and mother Malcolm and Donna Wooster, brother Lee Wooster Jr, and brother David Wooster. Gary Wooster was a strong loving man, a devoted husband, and a wonderful father and grandfather. He was loved and will be missed. He is now in the loving arms of our Heavenly Father Pall Bearers: Gary Alan Wooster Jr., Aaron Netherton, Carl Nethercutt, Alan Wiecking, Arthur Drago, and Buck Shipe

Gary Alan Wooster of Fort Valley, VA was born August 20, 1951. At the young age of 61 he passed away after dealing with a long illness and a short fight with cancer on May 21, 2013. A funeral service will be held at the Dellinger Funeral Home,... View Obituary & Service Information

The family of Gary Alan Wooster created this Life Tributes page to make it easy to share your memories.

Send flowers to the Wooster family.