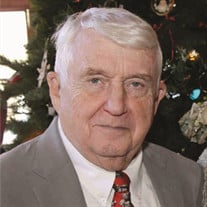 Hugh Hanson, of Basye, passed away quietly on Tuesday, July 13, 2021, at Sentara RMH Hospital in Harrisonburg, Virginia at the age of 78, with his beloved wife Diane by his side. He was born in Allegan, Michigan, the son of Francis (Tuffy) Hanson and Barbara Catherine Campbell Hanson. He was a graduate of the University of Michigan as well as the University of Pennsylvania and had a lifelong passion for reading and books that he inherited from his Librarian Mother. He was the ultimate father, serving as little league coach and Boy Scout troop leader who never missed an opportunity to teach his two sons how to canoe, fish, or generally how to get in trouble, skills he developed from his many adventures with his brothers and cousins growing up in Allegan. He always had a passion for music and singing, sharing these talents throughout his life through various choral groups and church choirs. Hugh and Diane retired to Bryce Resort where he was active in Lions, Masterworks Chorus, Harrisonburg Harmonizers, the Shenandoah Valley Ukulele Players, Friends of the North Fork, SEARCH, and the Basye Library. He was the “founding Father” of the Bryce Mountain Dog Park. With Diane and his trusty cocker spaniel Bebe, he began to RV travel later in life, always searching for the perfect pull-through camping site. He is survived by his wife Diane, ex-wife Carolyn Wurzel, sons Peter and Matthew, daughter-in-law Kelly, stepdaughters Lynn, Susan, and Patricia, and granddaughters Grace and Elizabeth, as well as many loving step-grandchildren, nieces, nephews, cousins and friends. He was preceded in death by his brothers, James, and David. A memorial service is planned for Saturday, July 31, at 11:00 am at Prince of Peace Lutheran Church, 319 Orkney Grade, Basye, with Rev. Bill Nabers officiating, and ¬burial in the Prince of Peace Lutheran cemetery in Basye, Virginia. A reception will follow the burial. In lieu of flowers, donations may be made to Oldies but Goodies Cocker Spaniel Rescue at PO Box 6573, Arlington, VA 22206, or online at www.cockerspanielrescue.com

Hugh Hanson, of Basye, passed away quietly on Tuesday, July 13, 2021, at Sentara RMH Hospital in Harrisonburg, Virginia at the age of 78, with his beloved wife Diane by his side. He was born in Allegan, Michigan, the son of Francis (Tuffy) Hanson... View Obituary & Service Information

The family of Hugh Hanson created this Life Tributes page to make it easy to share your memories.

Hugh Hanson, of Basye, passed away quietly on Tuesday, July 13,...

Send flowers to the Hanson family.