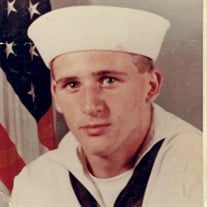 Jerry Albert O'Brien, a resident of Woodstock, Virginia died on Friday, November 19, 2021, at his home. A Celebration of Life will be at 3:00 P.M. on Tuesday, November 23, 2021, at Dellinger Funeral Homes, Woodstock. He was born on December 18, 1947, in Chester, Pennsylvania to Frank and Alice O’Brien. He studied photography for two years in Philadelphia before joining the Navy in 1967, serving 4 and a half years. In 1975, Jerry reenlisted in the Navy Reserves. During a two-week active-duty period while working at the Pentagon, he received a letter of commendation from the Chairman of the Joint Chiefs of Staff. After his discharge from his initial enlistment, Jerry moved to Dalton, Pennsylvania and went to work with the Postal Service where he received two letters of commendation for his service. He was also employed as a Dalton Policeman for five years. In 1998, Jerry transferred to Augusta, Georgia where he spent the last five years of his 30-year career with the Postal Service. Upon retirement, in 2003, he moved to Woodstock, Virginia, in the Shenandoah Valley. An avid soccer fan, Jerry spent 29 years playing for several teams, starting in Junior High School, a Philadelphia League, a team in Albany, Georgia, and the ship’s team while serving aboard the U.S.S. John F. Kennedy aircraft carrier in the Mediterranean Sea where they played in many European countries. After discharge, he played in the Pocono Mountain Men’s League and retired from the sport at the age of 40. While in the Pocono League, Jerry and a couple other players trained special needs youth and developed teams to take to Villanova for the Special Olympics held yearly. Jerry was preceded in death by a brother, Frank O’Brien. Jerry is survived by a son, Donovan of Factoryville, Pennsylvania, a cousin, Gail Malloy of Gibbstown, New Jersey and a nephew, Terry O’Brien.

Jerry Albert O'Brien, a resident of Woodstock, Virginia died on Friday, November 19, 2021, at his home. A Celebration of Life will be at 3:00 P.M. on Tuesday, November 23, 2021, at Dellinger Funeral Homes, Woodstock. He was born on December... View Obituary & Service Information

The family of Jerry Albert O'Brien created this Life Tributes page to make it easy to share your memories.

Send flowers to the O'Brien family.