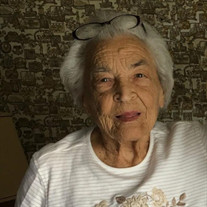 Peggy Ann Lucas Higgs Pool, 87, of Mt. Jackson, died at her home on June 4, 2021. She was born on May 30, 1934, the younger daughter of the late Edward and Beulah Lucas of Mt. Jackson. Peggy attended Triplett High School and Triplett Tech in Mt. Jackson. She was a stay-at-home mom until her children completed school. Later, she worked as a teaching assistant in a special education class at New Market Middle School; she was very proud of her work there and loved her students dearly. Peggy was also the bookkeeper her husband’s business, Alfred Pool Concrete, until his passing in 2004. She enjoyed attending auctions and visiting flea markets with “Big Boy” and loved collecting cookie jars, butter dishes, and other miscellaneous glassware. She also loved many cats through the years. Peggy was a member of the Mt. Jackson United Methodist Church. Peggy was married twice, and she was preceded in death by both husbands. In July 1950 she married John J. Higgs of New Market, the father of her children. He passed away in February 1961. In May of 1962, she married Alfred C. (Big Boy) Pool. She was married to him for 43 years prior to his death in 2004. Surviving Peggy are her two children, Johna Higgs McFarland and husband, Paul, of Harrisonburg and Jeffrey Higgs, Sr. and wife, Naomi, of Edinburg. She is also survived by two grandchildren, Jeffrey Higgs, Jr. and wife, Heather, and Christy Dysart and husband, Jeff, all of Woodstock. Peggy is also survived by her sister, Dorothy Seal, of Edinburg, four great-grandchildren, Catie and Jackie Madigan and Julian and Sam Higgs, her stepdaughter Patricia Pool, and a number of nieces and nephews. She also leaves behind her most recent special cat, Meow-Meow, whom she dearly loved. The family will receive friends at the Dellinger Funeral Home in Mt. Jackson on Sunday, June 6 from 6 to 8 p.m. A graveside service will be conducted by Pastor Ed Wilkins on Monday, June 7 at 2:00 p.m. in the Mt. Jackson Cemetery. Burial will follow. CDC guidelines for masks and social distancing will be observed. The family would like to thank Mom’s special caregivers over the last several months for their love and special care of her – Tammy Yanez, the special ladies at A Loving Hand – Toni Taylor, Crystal Williams, Marion Simpson, Morgan Cabiness, Kelli Kile, Debbie Payne, Britny Payne, Caroline Cook, and Sandra Gates, and the nurses, aides, and volunteers at Sentara RMH Hospice. Peggy was very fond of her caregivers; they were a blessing to her during her last months. Memorial contributions can be made to the Humane Society of Shenandoah County, P.O Box 173, Woodstock, VA 22664.

Peggy Ann Lucas Higgs Pool, 87, of Mt. Jackson, died at her home on June 4, 2021. She was born on May 30, 1934, the younger daughter of the late Edward and Beulah Lucas of Mt. Jackson. Peggy attended Triplett High School and Triplett Tech... View Obituary & Service Information

The family of Peggy Ann Lucas Higgs Pool created this Life Tributes page to make it easy to share your memories.

Send flowers to the Pool family.