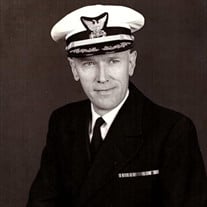 Walter K. Handy, Jr., was born March 18, 1918, in Alexandria, Va., the son of Walter Ker and Grace Brightwell (Kerfoot) Handy. He graduated from American University and did postgraduate studies at the University of Chicago, in management, public administration, and economics. From 1940 to 1960 he was a financial analyst for the Secretary of the Treasury in Washington, D.C., with time out for active duty in the Coast Guard, 1942-1946. During World War II he was Officer in Charge of Port Security at Hampton Roads Port of Embarkation and the Newport News Shipbuilding and Drydock Company, and officer-in-charge of Coast Guard operations aboard the exploded Navy tanker Montana. After WWII, Capt. Handy organized and served as commanding officer of the first Coast Guard Reserve Training Unit in Washington, D.C. He was a leader in the successful effort to obtain Congressional funding for continuation of the Coast Guard Reserve. Capt. Handy organized and served as president of the first Coast Guard chapter of the Reserve Officers Association (ROA), and he was the first Coast Guard officer to be elected national Vice President of ROA for Naval Affairs. Capt. Handy’s role in preserving the Coast Guard Reserve was presented in a 2017 two-part feature in the Reservist magazine (reserve.uscg.mil/magazine). Capt. Handy maintained a dual career with the Treasury Department, changing responsibilities in 1960 from finance to management. He served as mobilization planning officer in the Office of the Secretary until he retired in 1974 after 34 years of service. Walter Handy had deep roots in the Shenandoah Valley where he brought his family every summer, and after retirement he settled in Woodstock with his wife Shirley in 1979. He was a member of the First Baptist Church of Woodstock. He was preceded in death by his parents; two sisters, Mildred H. Ritchie and Elizabeth Handy; and his first wife, Winifred Wilcox Handy. Mr. Handy is survived by his wife of 43 years, Shirley Jenkins Handy; two daughters, Jean Handy and Carol H. DeHerrera; cousin Howard Handy; nieces and nephews Jim Ritchie, Linda Moon, Louisa Anderson, Robert and Warren Wilcox. Captain Handy was the recipient of the Coast Guard Commendation Medal, the Secretary of the Treasury Superior Performance Award, and the Office of Emergency Preparedness Award. A Knight of the Golden Circle of the Army and Navy Club, he was honored on his 100th birthday with a celebration in Washington by the Reserve Officers Association at ROA headquarters. A celebration of Walter Handy’s life will be conducted by Pastor Doug Frazier of First Baptist Church at Green Hill Cemetery in Berryville, Va., at 3:30 p.m. Saturday, Dec. 18.

Walter K. Handy, Jr., was born March 18, 1918, in Alexandria, Va., the son of Walter Ker and Grace Brightwell (Kerfoot) Handy. He graduated from American University and did postgraduate studies at the University of Chicago, in management, public... View Obituary & Service Information

The family of Walter Ker Handy Jr. created this Life Tributes page to make it easy to share your memories.

Send flowers to the Handy family.